Skip to content
In November, 2017 we were contacted by an art consultant based in the Chicago area. He was working with the Texas Children’s Hospital to provide art for a brand new tower in their medical complex. In particular he was looking for something unique to place in a 6.5’x22’ niche in a very prominent area.
We were excited for the opportunity to provide design ideas for this project. To be part of bringing a little bit of light, fun and distraction into a place where people are not always having the best time of their lives was very special to us. We wanted to design something that would be bright, imaginative and hopeful.
As on almost all of our projects, we understand that the design process is a collaborative effort.  We would be dealing with not only our own conceptions of what would be a wonderful design but also the thoughts and desires of those already working on the project.   Most important were those who would be interacting with the final art after it was installed. In this case we worked with the art consultant and the hospital’s art and capital budget committees.  Below is the concept sketch of the installation site. 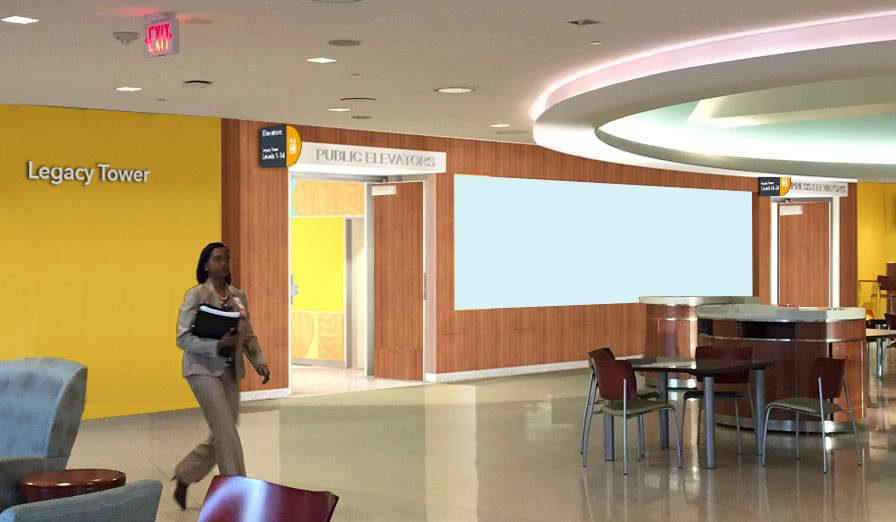 Our initial thoughts were for something bright, cheerful and a reminder of fun times. We had just recently returned from a trip to Paris where we had been drawn to the many different types of carousels we saw as we walked around. There were all different types and sizes, with uniquely designed figures. Some were the more traditional horses and others had other types of animals. They were all brightly colored and seemed to draw people of all types to watch them and to ride. With the children smiling brightly as they rode their favorite animal and the music was cascading from the loudspeakers, everyone enjoying the atmosphere.
After many design proposals, this concept was accepted by the others involved in the project. Houston has its own carousel at the Houston Zoo that is well known and well loved. So it struck a chord in everybody’s heart.
​ 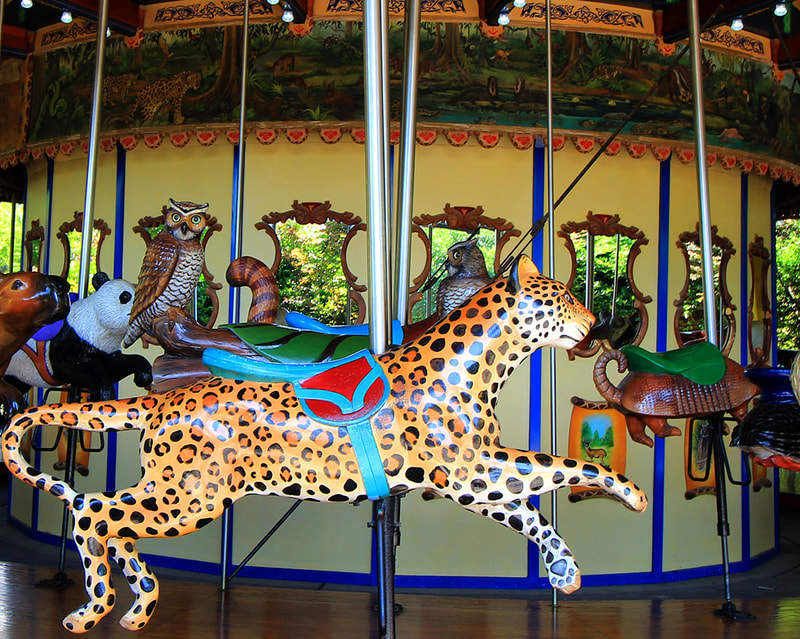 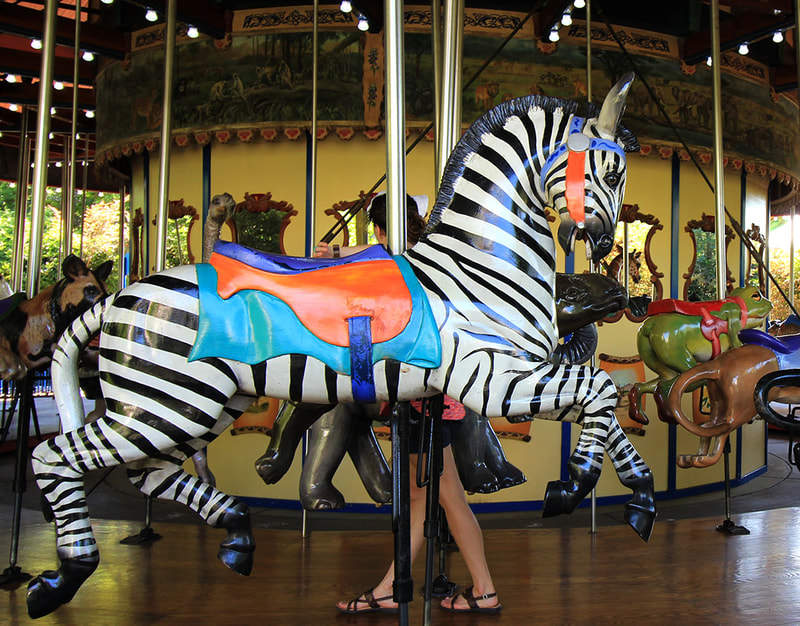 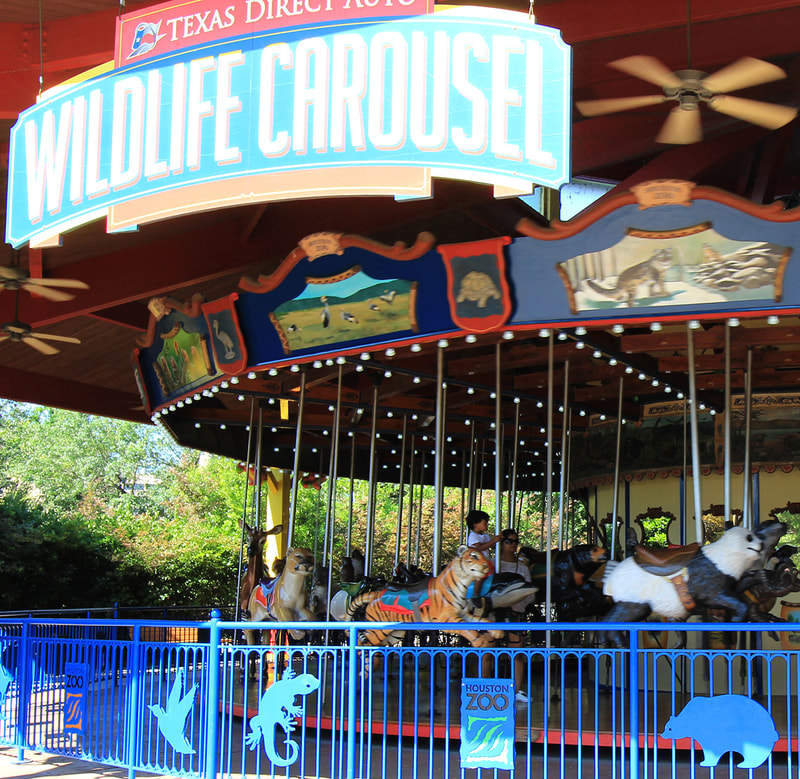 ​The next step in the process was to take the idea and translate it into a final design for the niche. Our initial concept was to have it look just like a carousel, round, with lights and a tent like circus tent top. But fitting that in a large rectangular space and only being able to see some of the animal seats just didn’t seem right. So we changed the concept to one where the carousel seats were free and running in a line through an open field. In the initial design, there were zoo animals and all small animals riding the carousel.  Then we put it all with a bright yellow background. The hospital committees were good to work with and added their own comments and changes, mostly as to what particular animals they would like to see and would be most suitable for the space. The main criteria were that some of the animals were representative of those found in the local area, use some of the local zoo carousel figures, that nothing be too frightening in appearance and to add a few children. The changes were easily incorporated and the final design approved by all.  Artwork is below…

​The actual piece was installed in May, 2018 and is located in the cafeteria of the new Legacy tower and adds a bright, cheerful feature to a busy traffic area.  Here are some photos of the installation and final mural… 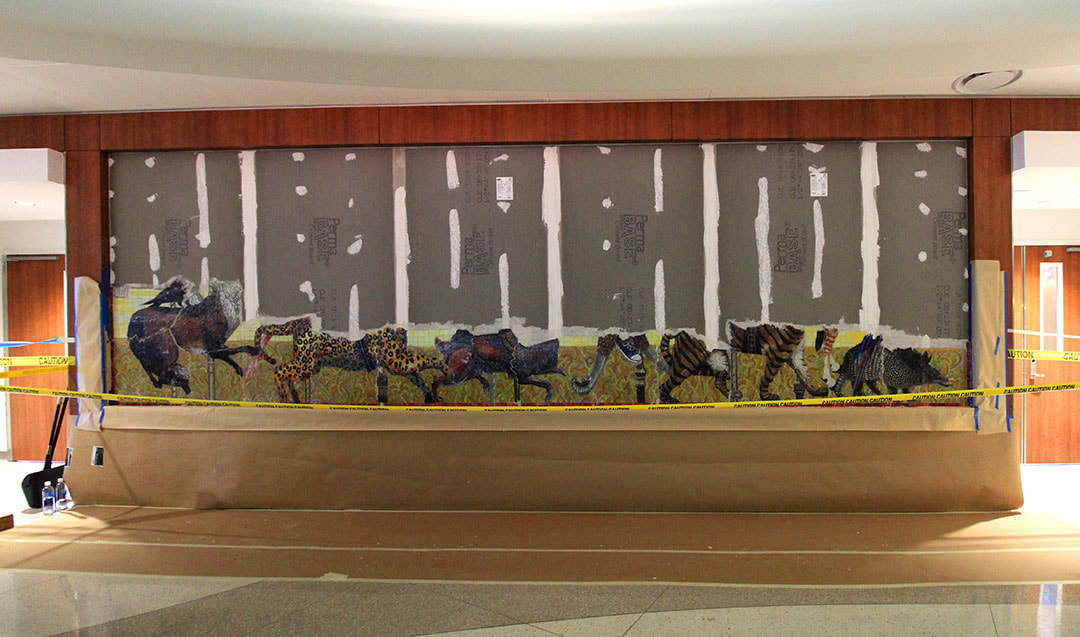 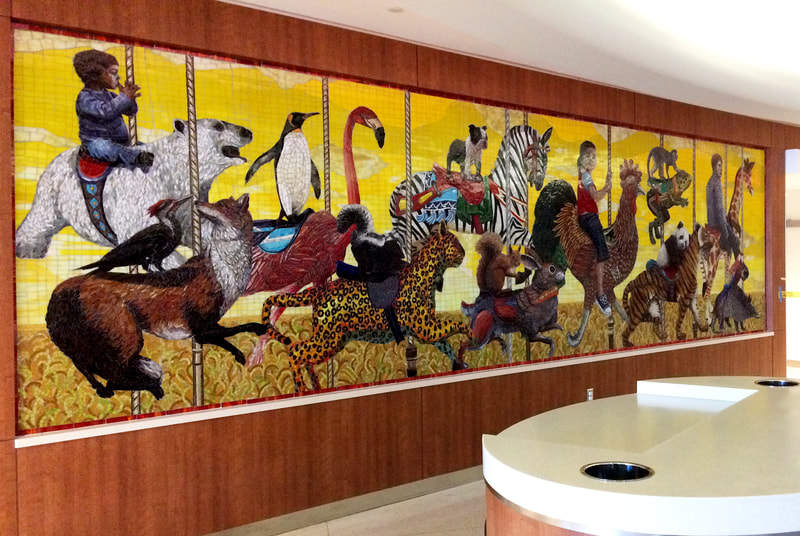 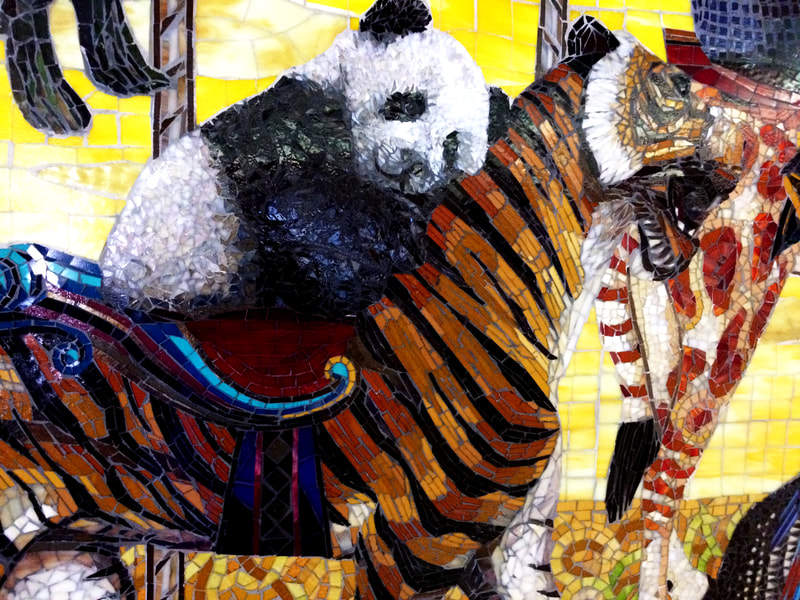 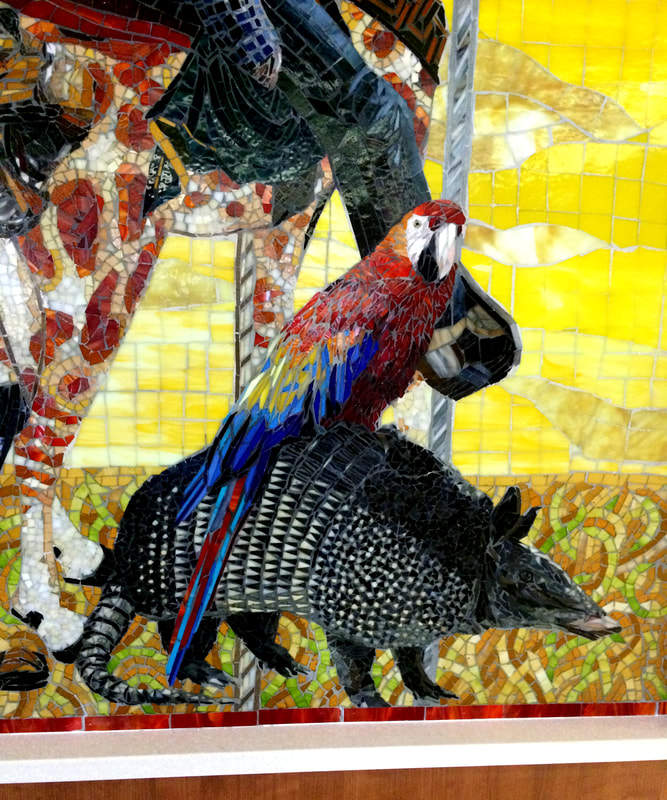